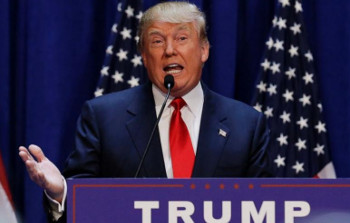 What does a Trump victory mean for Africa?

The most catastrophic long-term consequence is climate change. This is because Trump is a denialist who will give the green light to widespread fracking, coal and oil exploration. Africa will be the most adversely affected continent. United Nations scientists estimate that 9 out of 10 small-scale farmers are unlikely to farm by 2100 due to drying soils and global warming, plus extreme weather will also cause 180 million unnecessary African deaths by then, according to Christian Aid.

Under Trump, we can safely predict that Washington will no longer seek to control United Nations climate negotiations, as did Barack Obama’s administration. The WikiLeaks Clinton emails and State Department cables revealed blatant manipulations of the Copenhagen and Durban climate summits. Instead, Trump will simply pull the US out of the 2015 Paris agreement, as did George W. Bush from the Kyoto Protocol.

By good fortune, the UN Framework Convention on Climate Change annual summit is underway this week in Morocco. The only logical move, if the delegates have any spine, is to expel the US State Department and establish the machinery for a major carbon tax applied to products associated with countries – the US especially – which raise emissions and threaten the survival of many species across the globe.

Trump also heralds a rise in US racism and xenophobia, parallel to the Brexit vote by the British white working class. In neither case will local solutions be effective for the simple reason that neither Trump nor Theresa May (UK Prime Minister) are interested in the income redistribution required to benefit their economies.

And African elites who have – with a few exceptions – climbed over each other to please Washington, won’t find themselves welcome in the White House.

Hopefully the contagion of Trump’s racism – which will make life for Africans much harder – will be met by a major resistance movement including Africans from all walks of life in solidarity with various groups that stand to be oppressed by the US – women, African-Americans, Latinos, Muslims, environmentalists, progressives of all sorts. This movement can shape up in the same spirit to those that gave solidarity during the fight against apartheid.

SNEC 2021: Huawei Digital Power Pushes for Carbon Neutrality through the Convergence of Energy and Information Flow

The Other Side of Shakarongo