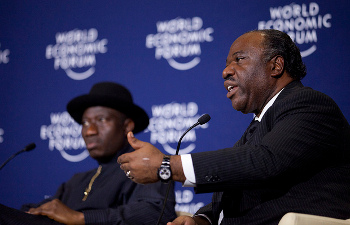 For the second time in seven years, violent unrest has followed the presidential election in the small country of Gabon in West Equatorial Africa. The crisis started on August 28, when the candidate of the united opposition, Jean Ping (age 73), declared himself the winner of the presidential election. In the country’s capital, Libreville, people retreated into an anxious pause.

Three days later, on August 31, the incumbent president, Ali Bongo (age 57), endorsed the official result announced by the National Electoral Commission (Commission électorale nationale autonome et permanente, or Cénap). Bongo had made a small advance: 49.8% of the votes against 48.2% for Jean Ping, equivalent to 5,594 votes out of a registered total of 627,805.

At the announcement of Bongo’s victory, the streets of Gabon went up in flames. Protesters erected roadblocks and set fire to the National Assembly. The police and the army were dispatched. While the international community multiplied calls for peace and for a recounting of the votes, the UN and the EU encouraged Ping to agree to an official intervention of Gabon’s constitutional court, an institution staffed by judges devoted to Ali Bongo. A delegation headed by the President of Chad, Idriss Déby (himself implicated in electoral corruption) arrived in Libreville on September 21 to help the court’s vote-checking.

On September 24, the constitutional court completed the recount and confirmed Bongo’s victory (with a slightly larger majority: 50.6 % for Bongo to 47.2 % for Ping). Despite the protest of Federica Mogherini, the High Representative for the External Affairs of the European Union, UN Secretary General Ban Ki-Moon soberly “noted” the decision of the court and the election of Ali Bongo.

Gabon is a small country located in the equatorial rainforest, with a population of 1.6 million. Endowed with rich natural resources (oil, manganese, uranium, and lumber), it has proved a bastion of stability in a region undermined by war, violence and social upheaval. Since independence (1960), the country has nurtured strong economic and diplomatic links with France, the former colonial ruler.

In 2009, French president Nicolas Sarkozy made it known that he supported Ali Bongo’s candidacy. Recent scandals, from revelations about the real-estate properties of Gabonese politicians in France to the “ritual crimes” allegedly performed to sustain the influence of selfsame politicians, seem to have strengthened rather than weakened this historical association between the two ruling classes.

But, many other Western democracies have also continued, year in and year out, to support the regime in place. Gabon has indeed remained a “soft” dictatorship based on popular politics of regional equilibrium and a fairly successful system of redistribution of national wealth. Both have spared the country from the bloody ethnic conflicts of its neighbours, and tempered the rapacity of the local political class.

Continue reading on Africa is a country