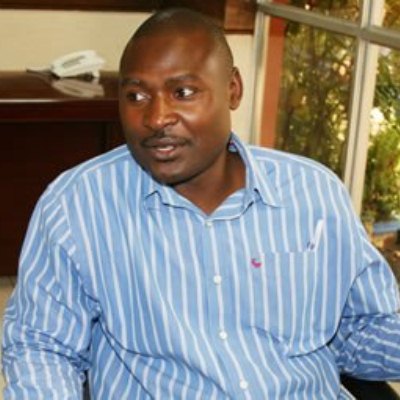 It is now confirmed that the Patriotic Front has entered the panic mode, opposition Alliance for Better Zambia (ABZ) president Fr. Frank Bwalya has charged.

In a statement to Zambian Eye on Monday, January 13, 2014, Fr. Bwalya said the currents events where opposition leaders are being arrested shows that the PF is now panicking.

“This explains the arbitrary arrests of opposition leaders and citizens with divergent views,” Fr. Bwalya said. “It is therefore not surprising that harassment and persecution of vocal opposition leaders has increased. PF has realized that Zambians are believing what we have been saying about their failures and general bad governance and that we are making them very unpopular. To stop us from influencing the masses, PF will continue to reduce the democratic space by threatening media houses and stopping us from holding public meetings.”

Fr. Bwalya said this conduct of the PF has put democracy under serious threat in Zambia, a country that has enjoyed democracy in the last 20 years.

“My arrest and detention in Kasama last week  should be seen in the light of the same persecution. It was absolutely unnecessary to detain me in police cells overnight after the police arrested me.,” Fr. Bwalya said. “They should have allowed me to go away and come to court the following day. There is no way I could have run away but the police locked me up overnight to make me suffer and embarrass me.”

Fr. Bwalya said he is aware that various teams have been set up to study what those in the opposition say during press statements, radio programmes and public meetings with a view of looking for possible offences.

“In fact my arrest in Kasama last week is part of a broader scheme to silence the opposition and citizens who are critical of PF bad governance characterized by violation of human rights, corruption and outright theft of public funds through dubious procurements,” he said.

This is why the police in Kasama first apprehended me and then listened to a recorded copy of the programme I did to come up with charges to slap me with. As the police were searching the penal code and other law books, handwritten notes kept being passed around as part of the consultations about what charges to bring against me.”

He explains that after the docket had been prepared and he signed, another note came asking the police officer who was attending to him to change the second charge from proposing violence to conduct likely to breach the order of peace.

“Upon being informed of the decision to change the charge, I protested against the persecution and political harassment that I was subjected to. My protest made the police officer to go back to the source of the note and when he came back he informed me that he was not going to change charge.”

Therefore, I wish to challenge the police to explain where the PF militia that attacked me at radio Mano in Kasama came from. The information I got upon being released in Kasama was that some of the PF cadres who attacked me where not known in the area. So where did those PF cadres come from?”

He added: “We are calling upon all Zambians to stand up and oppose the plan by PF to reserve the achievements we have recorded in entrenching democracy. We should all condemn victimization of opposition leaders and citizens with divergent views. Failure to oppose PF will give them space to consolidate their dictatorship.”