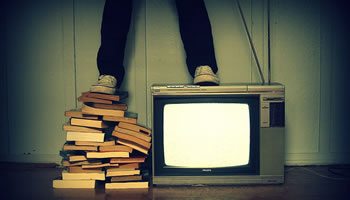 Recently Ihsaan Bassier, a graduate student in economics at the University of Cape Town (UCT) in South Africa, wrote a thought provoking essay for GroundUp, a local news website, on the need to “decolonize” the teaching of undergraduate economics at that university.

Economics in South African universities is currently taught in the manner and methods of the neoclassical school, which has been shaped by universities in the West. The neoclassicals emphasise the primacy of markets in resolving questions about production and distribution.

For Bassier, a decolonized curriculum is one that puts the teaching of South Africa’s economic realities (inequality, poverty, unemployment, demographic underrepresentation, racism, etcetera) at the heart of  the curriculum. It matters that we decolonize economics, argues Bassier, because most students don’t go onto graduate studies, “where theories are supposedly interrogated.” As a result, “they will enter policy and business [professions] thinking that intervention always harms the poor, that outsourcing is only ever efficient, and that markets are ultimately fair towards employees.”

Bassier’s critique forms part of a broader conversation on decolonizing university curricula that’s currently taking place on campuses across South Africa (and in the United States and parts of Western Europe).  That debate has now slowly moved to the disciplines, especially the social sciences and the humanities. See here, here and here.

My own experience at UCT agrees with his general observations. I did all my graduate study there (Honours, Masters and PhD) and taught undergraduate economics in that School from 2012 to 2014. What I’ll do here is add a little to Bassier’s arguments (with examples) and respond to some of the criticisms raised by his essay in South Africa.

Let’s look at the way the “Labour Market” is taught to undergraduates at UCT. The importance of this market cannot be overemphasized given the high levels of unemployment and wage disparities in the country. Naturally, students come to class with the expectation that they will understand what they see around them. Unfortunately, the standard material disappoints.

Start with wages. Students want to know why an executive at a financial company earns R80 million (US$5million) per year and why someone on the janitorial staff might earn only R35,000(US$2,300); that is about 2,000 times more. The standard story is that wages are determined by “marginal productivity”. In other words, people are paid according to how much they “contribute” to the company. So the executive earns 2,000 times because he contributes 2,000 times more.

This story is only partly true because we know that wage disparities are also a result of executive capture of the compensation process. That is, executives are in many ways determining the sort of pay packages that they receive (see the work of Piketty and friends). A decolonized curriculum would also stress this other channel through which income disparities arise.

Now consider minimum wages. We teach students that minimum wages result in unemployment and the only exception, slipped in as a by the way, is the case of monopsony. That is, minimum wages are only beneficial to workers if the labour market is dominated by a single employer. The logic is simple: a single employer will force down wages so that instituting a minimum wage can actually increase earnings and employment. But the South African labour market is to a large extent dominated by monopsonists. UCT is itself a big player in the market for hiring janitorial staff – that’s precisely what the #EndOutSourcing protests on campuses are about. And so too areLabor brokers. Monopsony, therefore, has to feature prominently when teaching labour markets in the South African context.

US Noncommittal on Keeping Troops in Africa