Your Excellency Dr Harsh Vardhan, Chair of the Executive Board, thank you for your leadership for your leadership during these difficult times. Excellencies, dear colleagues and friends, Good morning, good afternoon and good evening to you all, and happy New Year. 40 years ago, a new virus emerged and sparked a pandemic. Life-saving medicines were […]

Published 19 September 2019 Last updated 1 October 2019 Please note – initial funding has now been provisionally allocated so DFID Zambia is not able to consider further proposals at this time. Overview Zambia is currently experiencing a drought affecting in excess of 1.7 million people. DFID Zambia is open to receiving proposals from NGOs […]

GUANGZHOU, China, Sept. 19, 2016 /PRNewswire/ — The China Import and Export Fair (the Canton Fair) has announced Qatar Airways as the official partner airlines of the 120th Canton Fair. The raffle of round-trip tickets to Guangzhou has been drawn during the two remote video conferences in Jordan and UAE on 4th and 5th September, 2016 […]

BALTIMORE, Sept. 12, 2016 /PRNewswire/ — Jhpiego, a global health nonprofit and Johns Hopkins University affiliate, has been chosen to scale up an innovative and highly effective HIV prevention strategy for women, men, and youth who are vulnerable to HIV—a daily dose of an antiretroviral pill to reduce their chances of contracting the virus. The […] 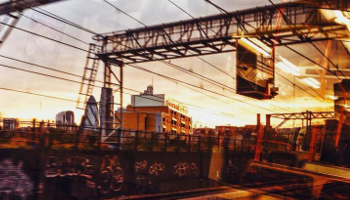 The proposition that I attend the African Travel Writing Encounters (ATWE) workshop held at the University of Birmingham in the UK on a blustery, drizzly day in March came from a close acquaintance who fits the customary profile of a professional travel writer – meaning that he is white and male.

Daniel Metcalfe, my acquaintance, followed his own impulse: he travelled solo around Angola for three months and recorded his discoveries, adventures and experiences in the critically-acclaimed Blue Dahlia, Black Gold: A Journey into Angola, published in 2013.

But the line-up of speakers seemed to have been hand-picked explicitly to shake-up such complacent views as I held prior to arriving at the university’s labyrinthine medical school where the workshop took place. With the exception of University of Sussex graduate student Matthew Lecznar, all the male presenters were black African, and all the white ones were female. And the marathon session (we began at nine in the morning and finished late into happy hour) was brought to a triumphant close by the irrepressible and enormously talented Lola Akinmade Åkerström (a Nigerian, now living in Sweden), whose evocative photography is represented by National Geographic Creative and travel writing has been published in a plethora of national and international media outlets.

In fact, Lola’s presentation was one of only three given by Africans who are practicing travel writers. Fellow Nigerian, Pelu Awofeso was another, and Zambian author Humphrey Nkonde was linked to the meeting by telephone after encountering problems in his bid for a British visa (par for the course when you attempt to ram global travel and Africans into the same frame). Most of the remaining presenters hailed from universities and research institutes in Algeria, Brazil, Ghana, Morocco, Nigeria, and United Kingdom – in other words, they were scholars.

And, given that the racial profile of Britain’s academic staff almost precisely mirrors that of the traditional travel writing cohort, I won’t startle anyone by saying that the UK-based academics in attendance were almost all white. In other words, despite the surprising and exhilarating racial diversity on display, it remained true that, like a Montgomery County magnet school, most of the blacks had been bussed (more accurately, flown) in. And the main reason why this matters is because it highlights an important loop-hole in equality and diversity initiatives in UK higher education that arises from the popular notion of the ‘global university.’ Higher education institutions can buy in diversity through funding for international research projects, conferences, networks and the like, while simultaneously falling short of rectifying glaring racial inequalities locally.